Who Was The Best Dressed at 2012 Golden Globe? 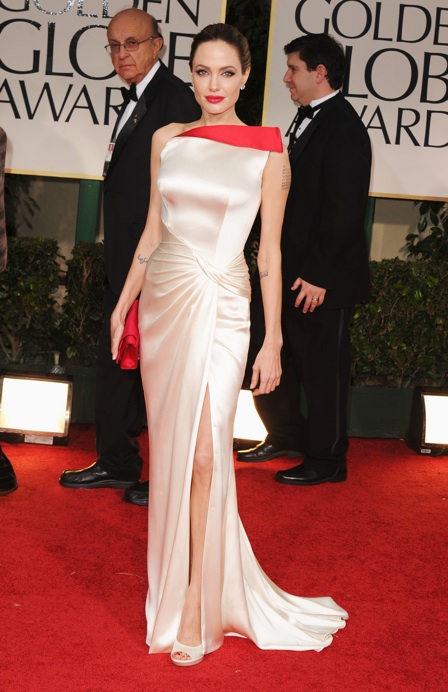 I guess seeing the red carpet full of beautiful dresses gives more excitement than a fashion week’s runway. It’s because the red carpet proves that you don’t need to have a supermodel’s body to look good in designers’ dresses. No wonder the dresses that celebrities wore at the Golden Globes or other award red carpets is always something to talk about. Those celebrities must have put so much effort to show up with their best look. To appreciate their effort, here I present you some photos of the gorgeous starlets and their dresses during 2012 Golden Globes red carpet.

As we can conclude from the photos, the red carpet was dominated with nude-colored gowns such as white, blush, or light grey. Jewel-toned dresses were also spotted; as example, emerald, sapphire, ruby and amethyst.

So who was crowned as the best-dressed at this year’s Golden Globes? Some other media named Angelina Jolie as the best dressed and I must say I agree with them. However, I also see that Emma Stone, Salma Hayek or﻿ Chalize Theron also managed to steal some spotlights. Who do you think earned the title? And of course, another question I should also ask is…who do you think was the worst-dressed today?